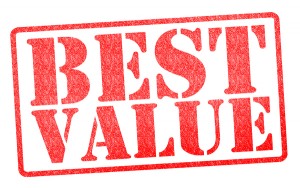 Great Wall Motors, the Chinese car manufacturer, is a brand that cannot be ignored. Yes, that’s right. On top of manufacturing everything else for a global market, China ventured into automobile manufacturing and they are doing it very well. Straight out of its factories comes the latest SUV contender in the market — the Great Wall X Series. Here’s your Great Wall SUV Review for 2013.

A Potential for Greatness

From the national daily, New Zealand Herald to the South Island’s motoring website, Drivesouth, car reviewers have been unanimous in concluding that the Great Wall SUV has the potential to become a serious contender, right alongside major car brands from Japan and Korea. The lion share of the New Zealand market may still be occupied by a leading Japanese brand but one Great Wall SUV review (2013 models, in particular) points out that the X Series is likely to be the cheapest 4WD you can buy in the market. Considering the competitive price of Great Wall SUVs, it could be safe to assume that this Chinese-branded car may soon be one of New Zealand’s top selling car manufacturers.

Great Wall’s attractive price (which reportedly competes with used as opposed to new options from more established brands) does make for an alluring pitch to SUV buyers. Of late, the brand has made several improvements and promises that the next generation of Great Wall SUVs will be engineered for top safety scores and best quality.

Since safety is one of the main selling points of the X-series lines, it has become standard for the Great Wall X-Series models to include many safety features such as the following: an Anti-lock Breaking System (ABS) and Electronic Break-Force Distribution (EBD) for greater vehicular break controls especially on slippery roads, two front airbags, reversing camera and bump sensors, keyless remote entry, engine immobiliser, child safety lock and anchorage points and front and rear fog lamps.

Great Wall also guarantees the quality of their SUVs by providing a 3-year warranty and 3-year road assistance. You won’t normally find this kind of offer from other car manufacturing companies and if you do, it comes at an additional price.

Apart from the safety features, the design speaks volume about the quality. Road tests show that Great Wall X-series lines have been doing better than what most have expected. Though not as powerful as its counterparts, the X-series lines can compete with top brands when moving on rough and paved roads at a maximum of 100kw at 5250 rpm and 200 nm at 2500-3000 rpm torque.

Great Wall SUVs recently scored 5 stars for safety and has since reported that the brand’s current range has been built to global standards. What is even better news to SUV buyers is that the next generation of models will be fitted with 6 airbags, feature stability control and offer improved body structure. Naturally, this means that the competitive pricing is likely to see an increase. With current ranges starting off at over $25,000, some Kiwi buyers, however, may still consider the Chinese-branded SUV very affordable since the quality of the SUV has been improved.

Great Wall SUVs may not currently own as much share in the market as established carmakers from Japan, the US and Korea. But New Zealand reviewers indicate that a great future awaits for the Chinese brand, and much like its namesake, Great Wall could be in for a very stable footing in the market.