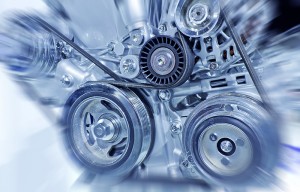 The Great Wall V200 is a testament to the dedication and craftsmanship of the Chinese. It is an awe-inspiring man-made structure that constantly boggles the mind as to how it has been able to withstand the test of time. These days, however, China has expanded its efforts to producing and exporting consumer-centric creations. These creations include branded computers, fashion goods, and more recently, cars. Great Wall Motors, the car manufacturer is China’s latest success story and is really starting to make an impression on the international market with cars like the V200 dual-cab Ute.

They have come a Long Way

Great Wall Motors started out in 1984 and manufacturing of light duty passenger and cargo vehicles began from 1991 to 1994. Later on, the Chinese car manufacturer released its first Deer pickup and it ranked first in sales in the domestic market in 1998. Lately, Great Wall has been refining its utility vehicles, such as its V200 dual-cab Ute, hoping perhaps to compete or surpass the more prominent Japanese-made cars. Car buyers intrigued by the entrance of Chinese-made automobiles in the market can gain valuable insight from a Great Wall V200 review.

Great Wall V200 Review: The Old and the New

Much like every new vehicle introduced to the market, some interior and exterior features will be up for debate and scrutiny. The old V200, according to one automotive review, appeared a bit strange because of its duck-like frontal area and steering was described as disconcerting. However, the recent revision that Great Wall Motors made has significantly improved the Ute’s exterior look, making it comparable to its competitors. The exterior has a sleek design and feel, unlike the older version. The whole exterior has been reworked to make it more durable.

The interior also boasts of a new look and feel. It has been refined and upholstered to fit the changes made to the exterior. Some reviews have even praised the new V200 for its improved drive feel. Its reworked engine has also been noted for its better response. Even the latest diesel engine is more fuel-efficient.

Drive to Economy and Safety

Perhaps one of the more appealing aspects to the V200, and consequently, other Great Wall vehicles, is the price. They are, in comparison to leading car manufacturers, much more affordable. The V200 4×4 dual cab diesel, for example, goes for around $27,000NZ, according to an Australian car guide. If you were to get a similar vehicle from a competing car manufacturer, you are likely to pay more than $30,000NZ. This kind of selling point does not get past any smart entrepreneur who might need a Ute for business nor should it be looked over by any car buyer looking to save a great deal on a new vehicle.

The affordable price of the Great Wall V200 is said to be the driving element in terms of why the Ute is selling fast. Buyers, says one review; get more kit for the money they invest in a V200. They get remote central locking, rear bumper, power steering wheel, steering wheel audio controls, power windows, cd/mp3 audio system, leather upholstery, three-year warranty, three-year road assist and more. Talk about an excellent full-packed deal. Aside from that, Great Wall does not compromise safety. The V200 Ute includes 2 airbags, abs, and engine immobiliser.

The Great Wall V200’s design and features have come a long way, but it still shows great promise. Great Wall is continuously innovating and who knows what more we can expect at such an affordable price.

Do you want to experience how the Great Wall V200 handles? Call Northland Autos and we can go for a test drive.